All The Cheddar Prevails In Austin Series Final 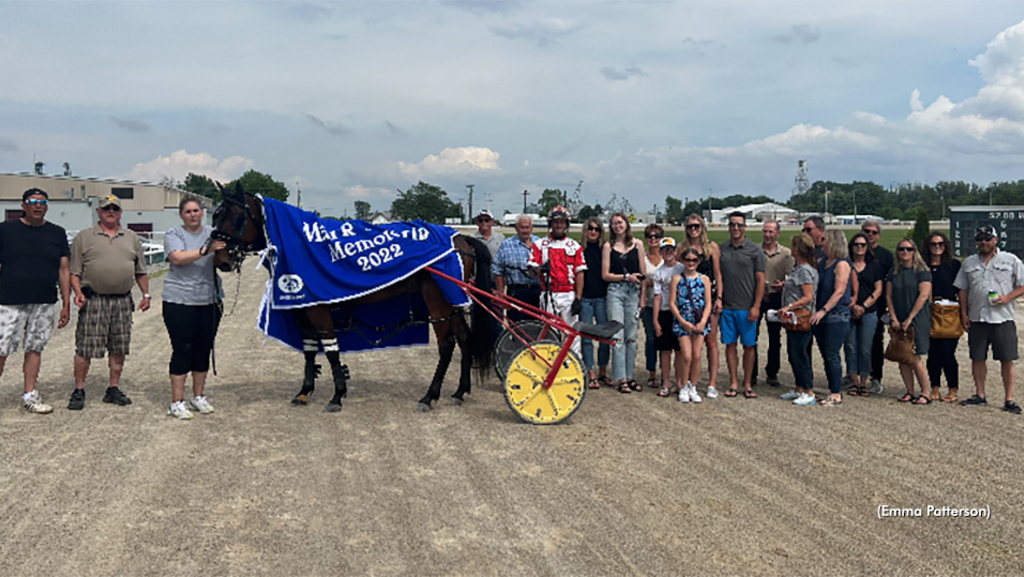 Favourite All The Cheddar held off 11-1 shot Risky Idea in a close finish to win the $15,900 final of the Mark Austin Memorial Pacing Series on Sunday afternoon (June 12) at Dresden Raceway.

Capping off a driving grand slam for Garrett Rooney, All The Cheddar made front down the backstretch the first time and clocked panels of :29.2, 1:00 and 1:30.3 en route to the victory in 2:01.3. Risky Idea (Dan Clements) missed by just a head with Guy Smiley (Andy Moore) less than a length back after the pair rallied wide from the backfield to make it a three-across finish.

Fresh off a winning career debut in the June 5 preliminary leg of the series, All The Cheddar paid $3.60 to win as the 4-5 bettors' choice.

"I wasn't sure about putting him on the front," admitted Rooney after the race. "I thought he'd be a little green and he kinda was, but I really didn't have an option."

The three-year-old homebred colt by Betterthancheddar out of Fulla Camotion is owned by trainer Kathryn Cochrane of Illderton, Ont. and Steven Besterd of Lucan, Ont.

The series honours the memory of successful horseman Mark Austin, who got his start at Dresden Raceway in early 1980s. Austin passed away in 2014.

"It's a special day," said Austin's wife Julie, who was joined by family and friends to make the winner's circle presentation. "We have all our family here and we always have a barbecue afterwards. It's great to see family and friends here. Garrett Rooney is a friend of ours -- we've known him for a long time -- so we're happy to see him win."

Rooney claimed his second series title after sweeping the inaugural event with Pull The Shade in 2017.

Read The Proposal went wire-to-wire for Scott Wray to win the Ken Houston Memorial Pace. The 10-year-old Bettors Delight gelding paced off fractions of :29.3, 1:00, 1:29.3 to a 1:58.1 mile. Read The Proposal is owned by Linda Grummet while trainer Rick Wade is a partner as well.