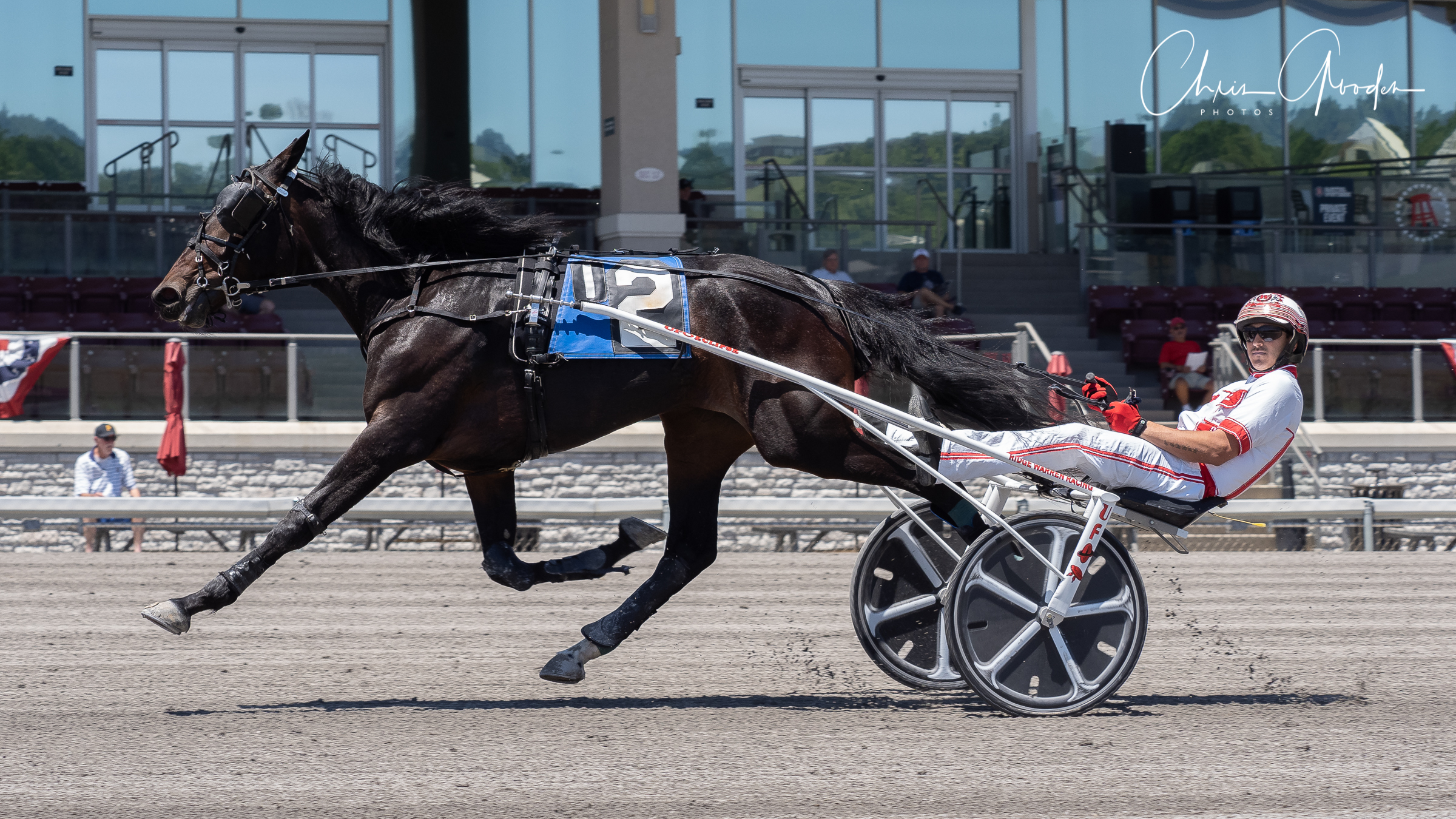 Washington, PA — First-time starter Leapsnbounds lived up to her name, bounding away from the field with an uncovered move and capturing a division of Thursday’s (June 23) Pop Up Series for 2-year-old trotting fillies at Hollywood Casino at The Meadows. Bubzarellie, also making her career debut, took the other $8,000 split.

Leapsnbounds was third when Ridge Warren sent her on her way. The daughter of Bar Hopping-Travelin Supergirl opened a 3-length lead in a heartbeat and went on win by 2-1/4 lengths in 1:58.1. Sheer Faith and Smokinhotirishgirl completed the ticket.

Bubzarellie also moved first over but had to grind out her victory, finally passing Show Me Da Moni in deep stretch to score for trainer-driver Vernon Beachy and owner Ryan Smith in 1:58.3. Swinging Senorita rallied for second, a half length back, while Show Me Da Moni held show.

Dave Palone collected three wins on the 12-race card to lift his career total to 19,995.