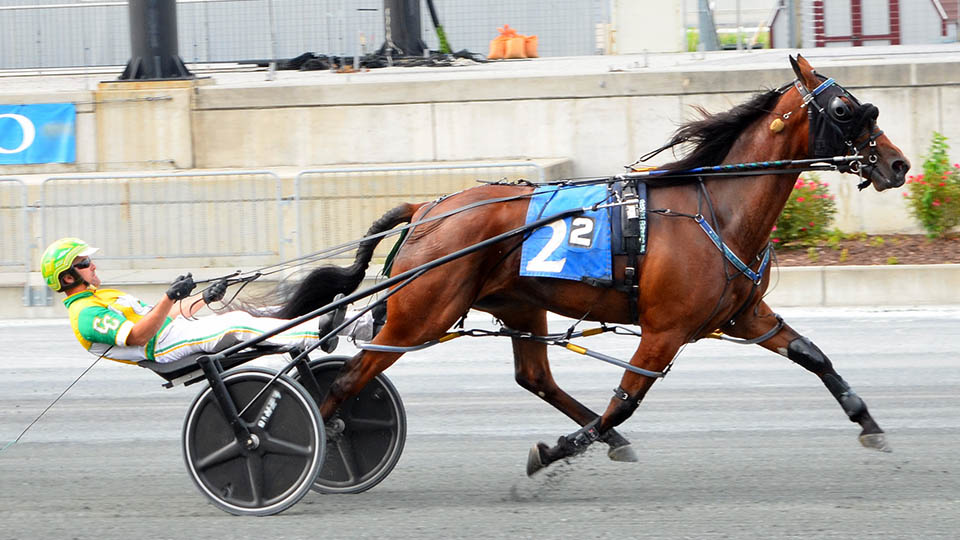 Odds On Racing’s Odds On Surfer Gal was a wire-to-wire winner in 1:54 over Tahoe and Smokey’s Passion. Favorite Shabby Chic made a break near the half-mile mark and finished last. The win completed a sweep of DSBF preliminary events for Odds On Surfer Gal, a daughter of Badlands Hanover who has four career wins in seven starts.

GTY Stable’s Gaitway Gal completed a sweep of her preliminaries with a 1:55 win over Bank The Win and Two More Dreams. The Jeff Smith trainee reeled in pacesetter Bank The Win with a first-over charge in achieving her eighth lifetime win.

The top eight point earners from the two early rounds will return for the $100,000 final on July 28.

Barton Dalious had three wins on the card; Victor Kirby had a double.

Prior to the summer hiatus for live racing at Harrington, the schedule shifts to Tuesday and Wednesday for the next two weeks, with the last night of racing before the break occurring on July 6.